For the Right of the Truth about Emanuela ORLANDI.

Pope Francis,
I am Pietro Orlandi and after all these years I’m still here seeking the truth about the abduction of my sister Emanuela, a Vatican citizen, which occurred on June 22nd 1983.

An innocent 15 year old,who has been the denied the chance to choose her own life, denying, even today, all forms of justice, forgetting that the life of every human being is sacred and a piece of paper on which is written the word “archived” can not change this.

A story that over the years has been marked by false leads, cover-ups, silences and above all lack of cooperation on the part of the Holy See.

You said: ” He who stays silent is an accomplice .” It’s true! There are people who know in the Vatican and they have stayed silent for many years,thus becoming accomplices of those who have responsibilities in this matter.

In this regard, in the Vatican, there are papers marked confidential and some authorities of the Holy See are quite aware of this.These papers which include important information about this inhuman story could allow us to embrace Emanuela or give her a proper burial.

The dossier ” Emanuela Orlandi  Report” available since 2012 for the special secretary of Pope Benedict XVI, contains information and names that could lead us to the Truth.It was to be delivered to an Italian magistrate but the Vatican did not keep its promise and the file remained concealed.

After 33 years I’m wondering why you continue to deny a family the opportunity to give Light and Peace to its daughter, to its sister.

We have the right to know the truth contained in those documents and if the Pontifical Secret was placed on the disappearance of Emanuela, please take off the seals that are creating barriers in obtaining Truth and Justice.

Secrets can not exist in a state that stands at the center of Christianity because they are contrary to the words and teachings of Jesus.

Pope Francis you showed people the right way” Build Bridges and do not raise insurmountable walls ” and I ask you the same, for Emanuela.

Truth and Justice can not be a myth,an impossible dream but  fundamental principles for any State which considers itself civil.

Fundamental principles in this story have been shamefully trampled upon for over 33 years!

Mine is a strong voice,without resignation, which will guide me in this life and beyond, to seek truth and justice, so that this cry for help belongs to all the innocent victims and people deprived of liberty.

We will not let anyone steal our hope! 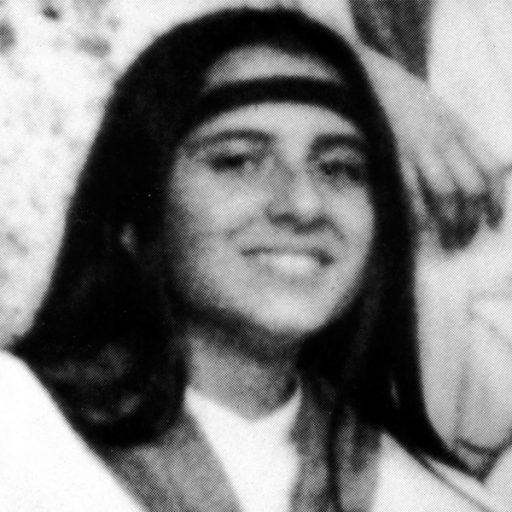